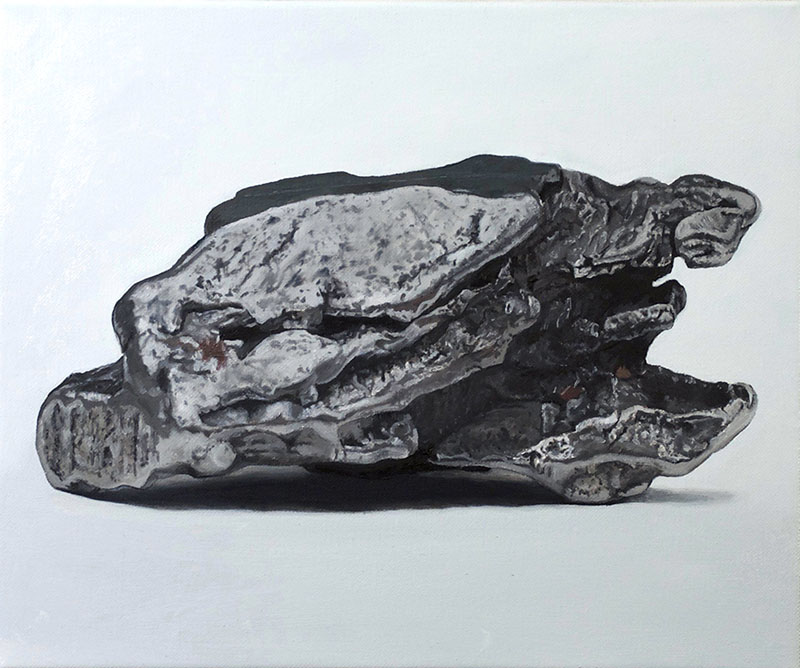 Campo del Cielo
Iron IAB-MG
Found near a group of craters in Argentina, South America, the Campo meteorite fragments have a collective mass of over 100 tonnes.  Officially discovered in 1576, the craters, whose age is estimated at 4000 – 5000 years old, were well known to native peoples prior to this date.